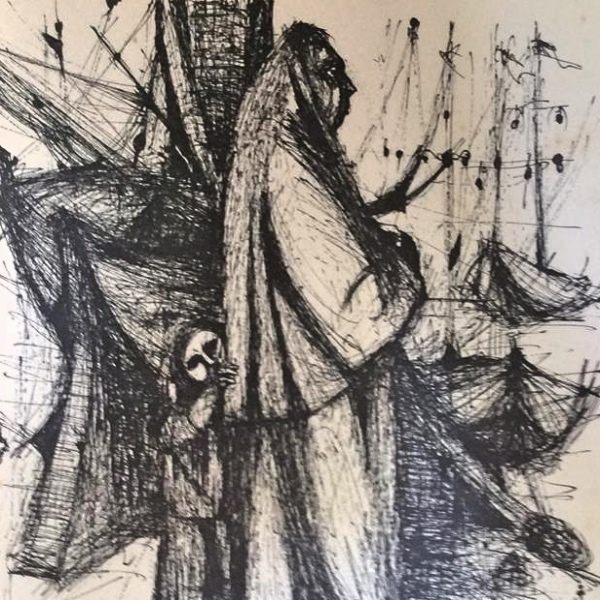 This comprehensive retrospective exhibition of the works of Abed Abdi is the third of its kind to be held at the Umm el-Fahm Art Gallery since its establishment, following the exhibitions of the works of the late Assam Abu-Shaqra and those of Sharif Waqed. This curational activity expresses the commitment, responsibility and privilege that the Gallery sees in research work on the activity and development of Palestinian art.

In this comprehensive exhibition, curator Tal Ben Zvi, who over the last two years has studied the artist’s career and spheres of activity which gained him the Minister of Science, Culture and Sport Prize, seeks to present the results of her research, conversations and joint thinking, and publish a comprehensive catalogue that will shed light on Abed Abdi’s work and career since 1962.

The artist Abed Abdi began his artistic activity at the end of the 1960s when he went to East Germany to study art at the Dresden Academy of Fine Arts. From there he returned to Haifa, where he was born, to be among the first to engage in art and become, over the years, a leader and one of the pillars of the development and advancement of contemporary art among the Palestinian minority in Israel at a time that the Palestinian community in Israel was licking the wounds of wars, and became embroiled in a merciless struggle in the economic, social, historical and cultural spheres. The cruelty of this existential struggle is that it divided Arab society and turned it into one fighting for both its physical and spiritual future. It is, in fact, fighting for the values of the past, the shaping of its identity and its continued existence.

In addition to this complex reality, the military government that controlled the Arab population in Israel restricted its freedoms by limiting its movement, thereby adding to its already harsh suffering. It is worthy of note that the artists Walid Abu-Shaqra and Bashir Abu-Rabia flourished during this period and its difficult circumstances and together spearheaded Palestinian art.

There can be no doubt that Abed Abdi’s importance is in his being the first to cross the sea to study in the certain knowledge that the city of his birth needed him to return to act and lead in an unfamiliar sphere of endeavor, and in fact to create something ex nihilo in the complex reality I described earlier. His importance is in the fact that he acknowledges and is conscious of this reality, and came back to it out of a sense of responsibility, mission and commitment.

Palestinian art resembles the Arab-Palestinian community in Israel. It, too, has undergone complex processes in the shaping of its path and identity. There can be no doubt that Abed Abdi’s path has crossed those of all the Palestinian artists who either came before him or grew with him, artists like the late Isamil Shammout, Tamam al-Akhal, Walid Abu-Shaqra, Suleiman Mansour, Kamal Boullata, and others. Despite the harsh conditions, this select group brought about far-reaching change. They gave expression to the pain, detachment, loss, and destruction, but managed to express a longing for the future and the building and renewal endeavor. This select group laid the foundations for the growth of the younger generation.

The flourishing of the Umm al-Fahm Art Gallery is without doubt due to the foundations laid by that select group of which Abed Abdi is a member. He played, and still plays, an active role in it. He is an artist whose name is etched on the Palestinian collective memory and the nascent Palestinian culture both in Israel and beyond. This is the place and now is the time for a comprehensive exhibition that will give expression to a broad and in-depth cross-section of this artist’s spheres of activity.

We are proud that this is where this long and fascinating process comes together, providing us with the opportunity to look Abed Abdi in the eye and thank him, and the other members of this amazing group, for their activity and for standing firm to enable us to stand up, shoulder responsibility and lead together.

The Umm al-Fahm Museum of Art, which is in its planning and construction stages, is currently working on preparing the Palestinian collection that will be shown immediately on the Museum’s completion.

The works of Abed Abdi, Walid Abu-Shaqra, Ismail Shammout, Tamam al-Akhal, Kamal Boullata, Assad Izi, Suleiman Mansour, Assam Abu-Shaqra, Ibrahim Nobany, Farid Abu-Shaqra and others will be the foundation on which the future collection will be built.

The author is General manager of Umm El-fahem Art gallery

appeared in the book “Abed Abdi, 50 Years of Creativity” on the eve of the exhibition 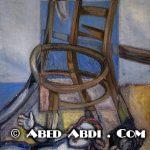 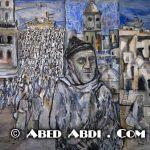 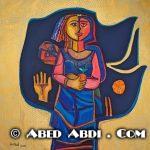 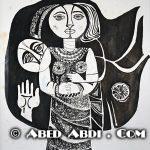 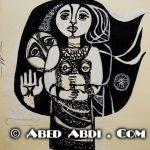 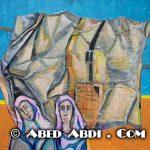 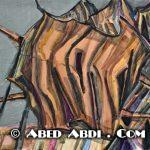 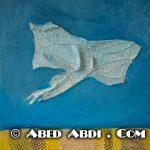 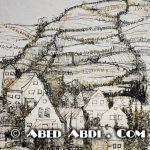 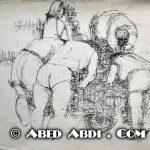 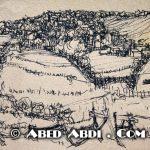